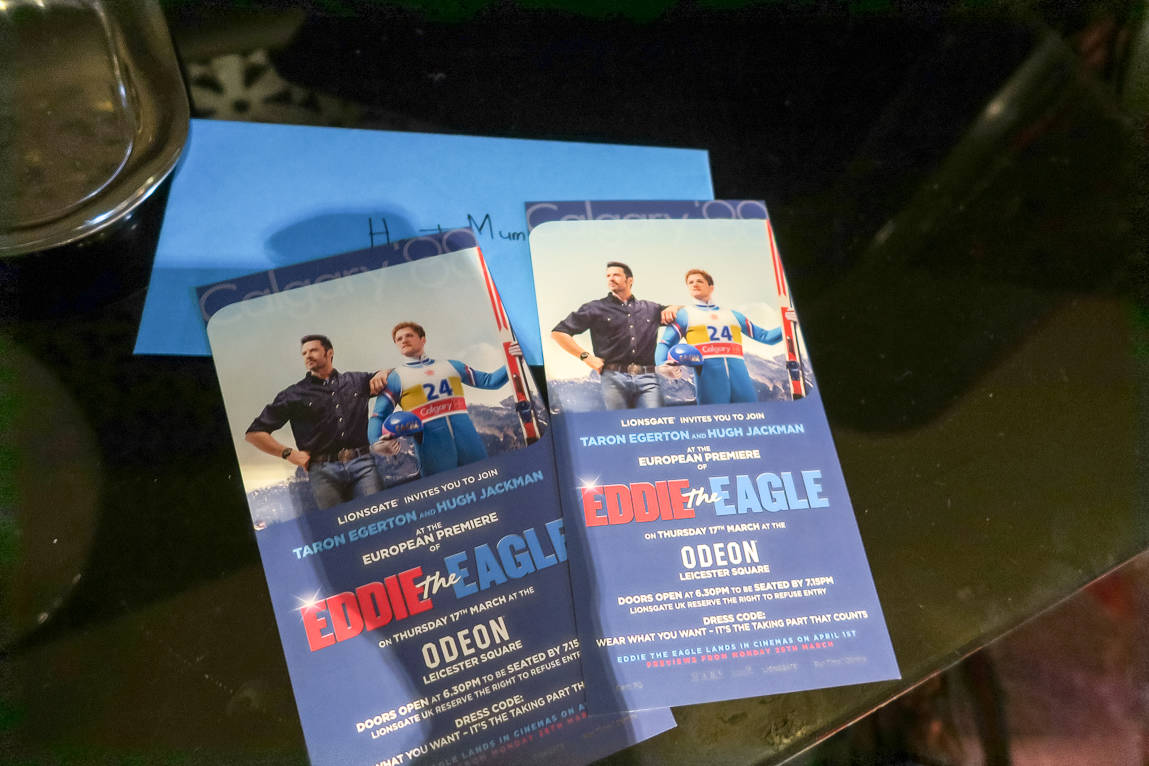 …Life can be quite surreal at times and in some respects it can feel, well, a little bit full circle.

I know I’m being rather ambiguous but bare with me…

On Thursday night I attended the film première of Eddie the Eagle, a movie made by Lionsgate UK, a company I used to work for when it was Redbus Film Distribution (it was sold to Lionsgate in 2005)…

Aged 22, fresh out of film school-Goldsmiths, University of London to be precise, an MA in Direction (with a distinction-proud times) under my belt and a multi-award winning graduation film I’d written and directed to my name- I embarked upon my first job in the film industry as an in-house runner at Redbus, now Lionsgate UK.

What followed was a fast and furious and incredibly formative year- a baptism of fire into the film industry-11 months of work, blood, sweat and tears that served as a critical foundation for what would later become my full time career as a screenwriter and director.

I will never forget being summoned into my then boss Simon Franks’ office on just day three as a runner (office assistant-cum-Nandos collector for those not familiar with the term) and questioned about my short graduation film Rifts (the story of warring kebab shop owners in the UK, which one of Redbus’ competitors had shown an interest in) and my hopes for my future.

Before I knew it, I given my own office, firstly for one day a week- to develop a feature screenplay based on my short- while I worked across all areas from script reading to development, press and advertising, media law and more.

A whirlwind it was-

You can watch Rifts here btw-

During my time there, I attended film premières and screenings as part of the job while writing, script reading and developing projects-my insatiable thirst for getting to grips with as much of the mechanics of the industry as possible meant feeling hyper-stimulated.

I had fire in my belly and nothing meant more to me then, than succeeding in the film industry.

I ended up developing a documentary about a world famous singer which never saw the light of day but offered me a great many valuable lessons- and once I left the company, I wrote a short film, ‘Broken‘ set in the 60’s which was financed by Film London and went on to screen on TV and at film festivals all over the world, garnering awards and noms from Channel 4 and Red Magazine to festivals as far as India, LA and beyond.

You can watch ‘Broken’ below-

Once I’d left Redbus and after stints teaching and lecturing while raising finance for my indie projects, I found myself working as a filmmaker -directing commercials, fashion films, TV drama and documentary- right up until my maternity leave in 2010.

You can see my directing showreel here:

..A traumatic birth and 3 city moves later, this blog was born and my life irrevocably changed.

I returned to directing some commercials when my first child, Oliver turned 1 but my blog was growing at such an incredible rate that by the time my second son Xander was born, Honest Mum had become my job-and now I have a small team here…

I’m still connected to the industry but more so in my role as a blogger, I attend the Cannes Film Festival most years covering it here- and although I’m writing a TV Series which was firstly developed by BBC Comedy, then DLT and is now moving to a new production company-my job is my BLOG-and has been for almost 4 years.

And the funny thing is, you’ll mostly see ME, not my work on TV these days–

And creativity is fluid, the barriers that existed when I started out, don’t seem to be there in the same way as before. We have the power to be whomever we want to be. We work on a democratic platform. We have a lot more control of our voice and work than every before.

But back to the première- it was lovely to bump into former colleagues, to feel transported momentarily back to those heady days which feel- and WERE- so long ago now-and on the night, to be part of something in my own small way for a company I have history with.

I’m a blogger now, a vlogger, a writer who documents my own life right here. Film is emotion on screen and blogging and vlogging are exactly that -just a smaller but no less powerful screen.

…As I was led to meet the PR team (a publicist walked myself and Mirka, my great friend and date for the night who blogs at All Baby Advice and Fitness 4 Mamas) onto the ‘blue carpet’, everything became heightened as it always does at premières- flashing lights, stars galore-we were stood next to Hugh Jackman and then Gary Barlow before being asked to film at the twitter mirror below for Lionsgate’s feed (so fun, I do love a good gif)…

…And all this got me thinking-if you’d asked me where I’d be aged 35 at 22 when I started at Redbus I would have said hopefully on a red carpet as a director representing feature films I’d made.

…There I was, on the red- OK- blue carpet not representing my own movie but myself-me- as a blogger and ‘digital influencer’ as PR’s like to call me, just doing ‘my thing’.

And here’s the thing, I’m proud of who I am today and what I’m doing. I’m a creative who happened to ‘create’ a blog when blogs were TAKING OFF and I get to do what I love-write and shoot- every single day.

I’m still directing to some extent-myself mostly and my family in vlogs- and of course regularly in commercial films/ ads for global clients-I’m still in charge of my own creative work (my director’s chair is now just my home-office chair!) and somehow along the way, I’VE become the protagonist in my own digital story.

As so many of us are today.

-But back to the movie of the night and the purpose of this post (sorry for the mammoth self- indulgence so far)-Eddie the Eagle is a laugh-out-loud, quirky story based on true events as Eddie, a resilient young man who against all the odds, qualifies for the Olympics as a ski jumper (with help from fictional coach Bronson played by Hugh Jackman) and takes us along for an epic edge-of-your-seat thrilling ride. 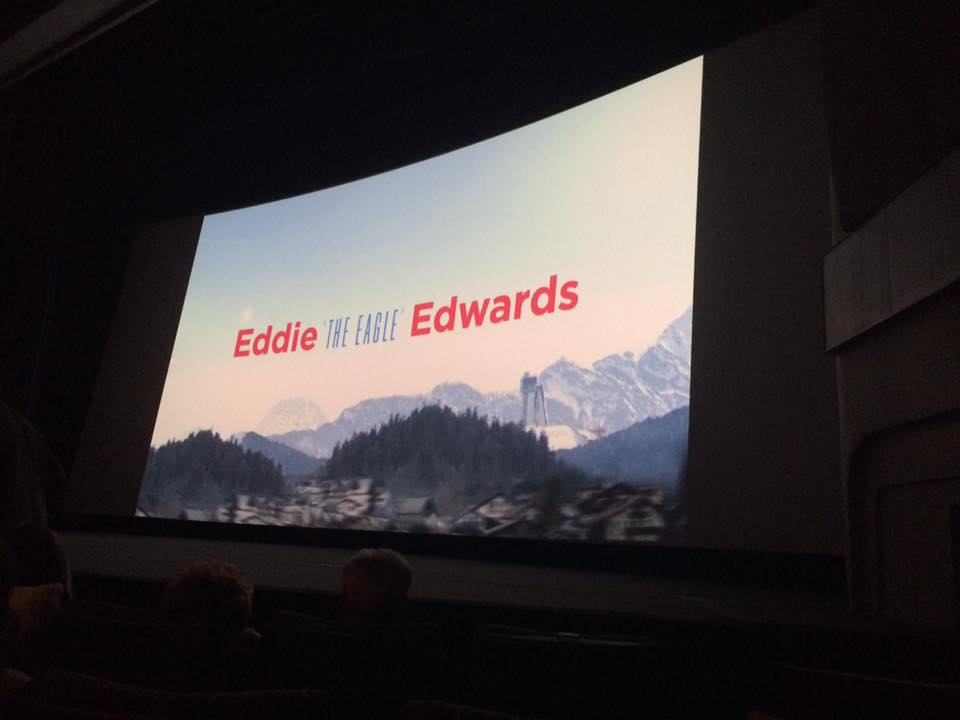 Underdog Eddie tuns hero just for taking part and being passionate enough to achieve his goals and get England on the slopes.

And it REALLY is he taking part that counts kids (!) and nothing underpins those sentiments better than this feel good movie of the year!

Directed by Dexter Fletcher and produced by Matthew Vaughn, Eddie the Eagle is a British flick at its best-with just the right mix of dark with the light, you’ll laugh until you cry at Taron Egerton’s nuanced and loveable performance as indomitable Eddie, you’ll be thrilled with the epic ski jump stunts (taking you up then frantically down the slopes)- and I’ll defy you not to book a ski holiday as soon as the credits roll! 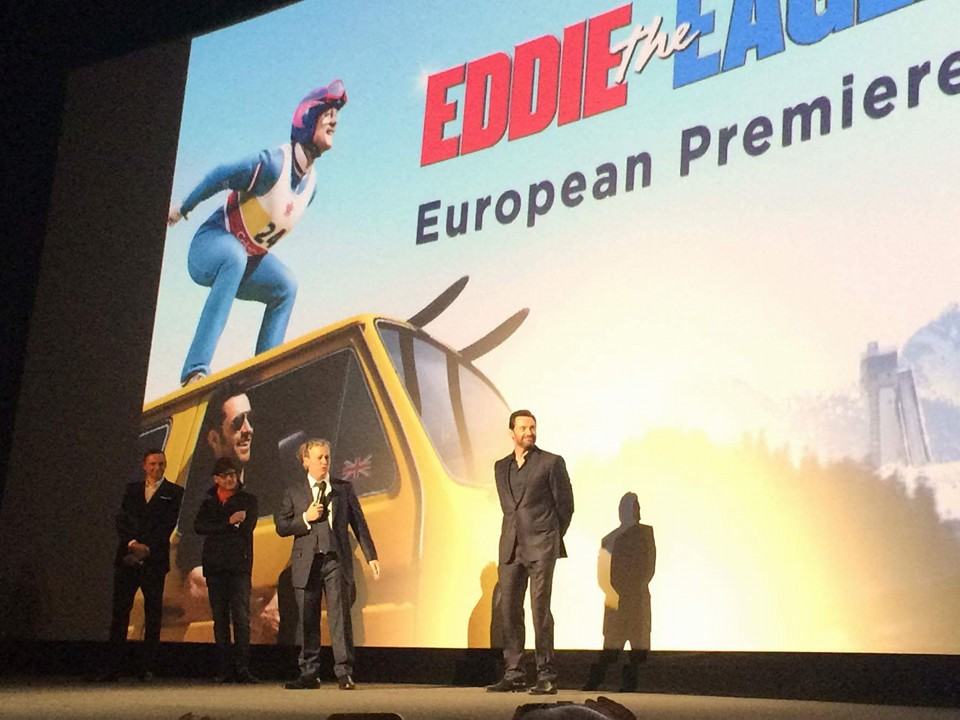 …A partner with Sports Relief, it was an honour to also attend the première in my role as an ambassador for the charity.

…But reflecting back on Thursday- the day started off pretty badly as I nearly knocked myself out jumping into a cab then weeped on the shoulder of my ‘ab fab’ friend, renowned actress Harriet Thorpe- before heading to a medical walk-in-centre for a check up (I was fine) and frantically changing into my dress for the première in the tiniest toilet imaginable.

All the glamour right!

Here with the gorgeous Harriet 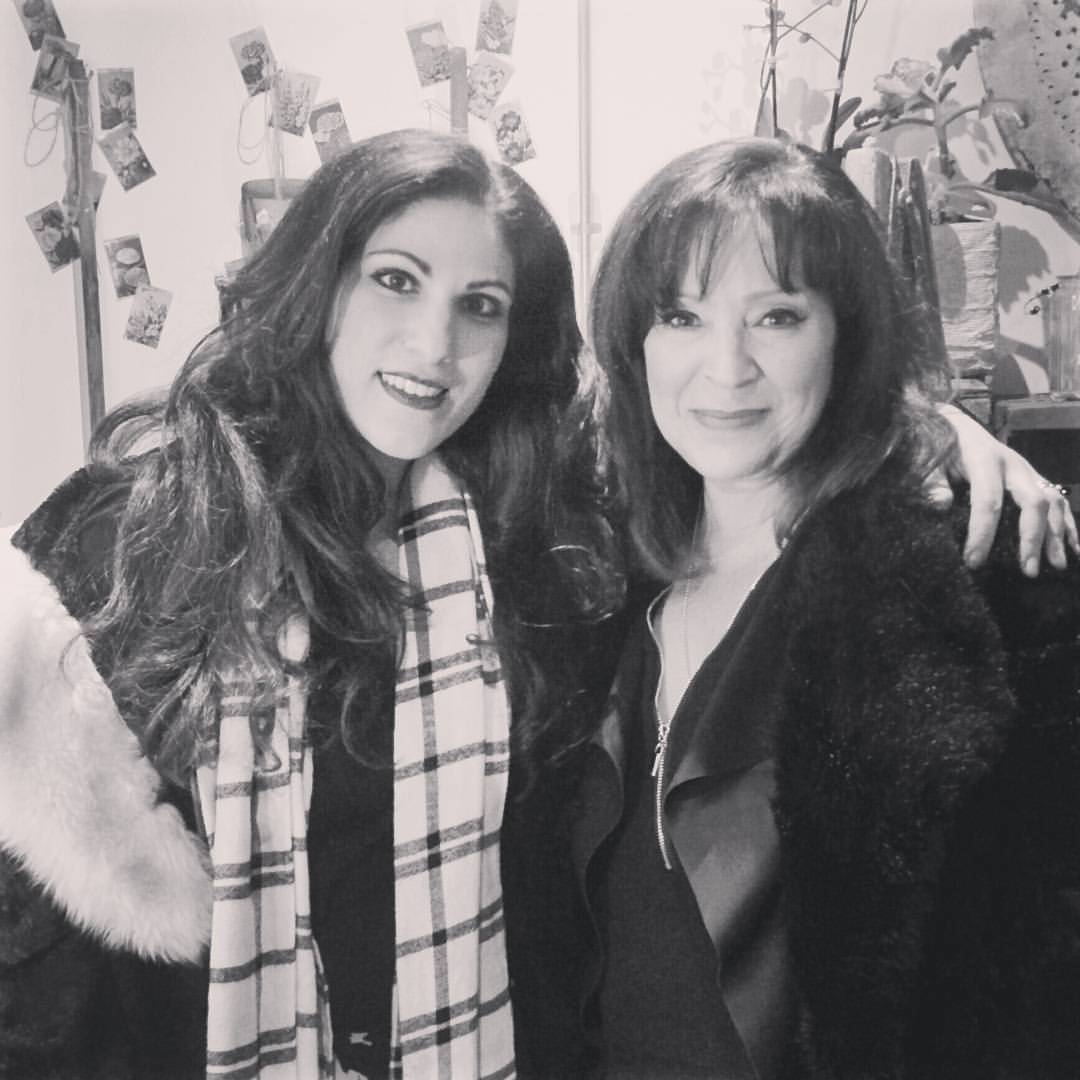 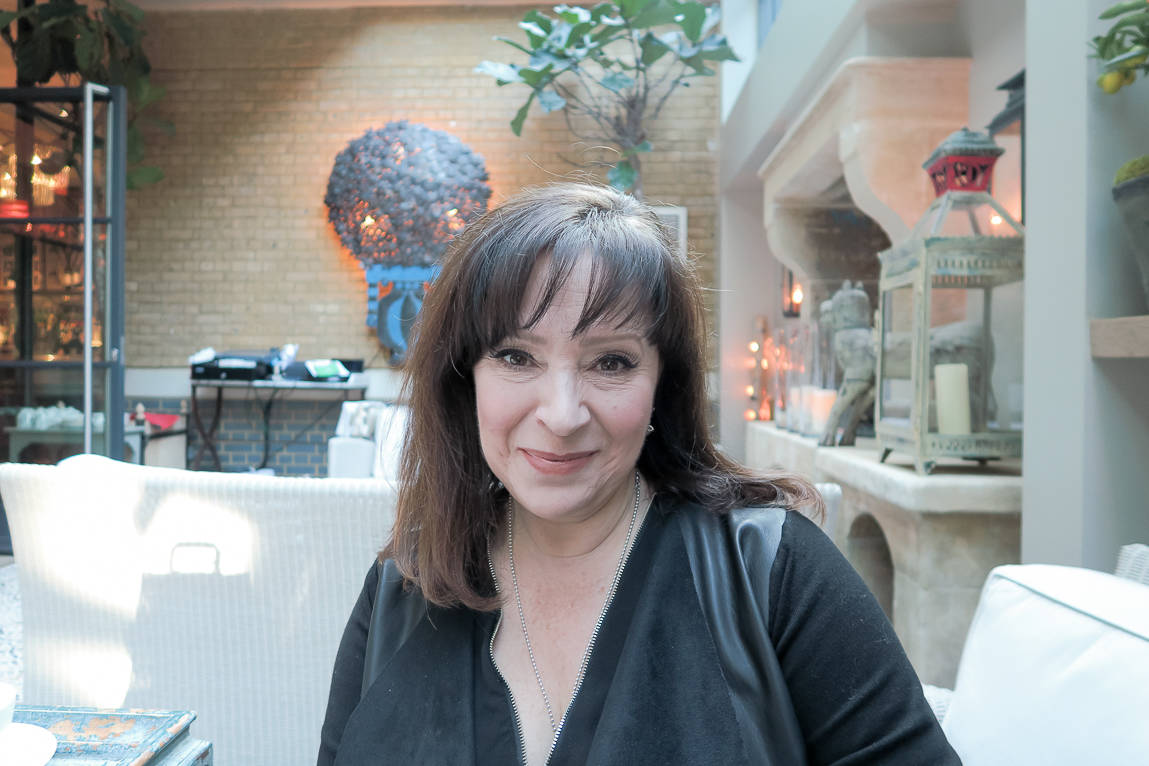 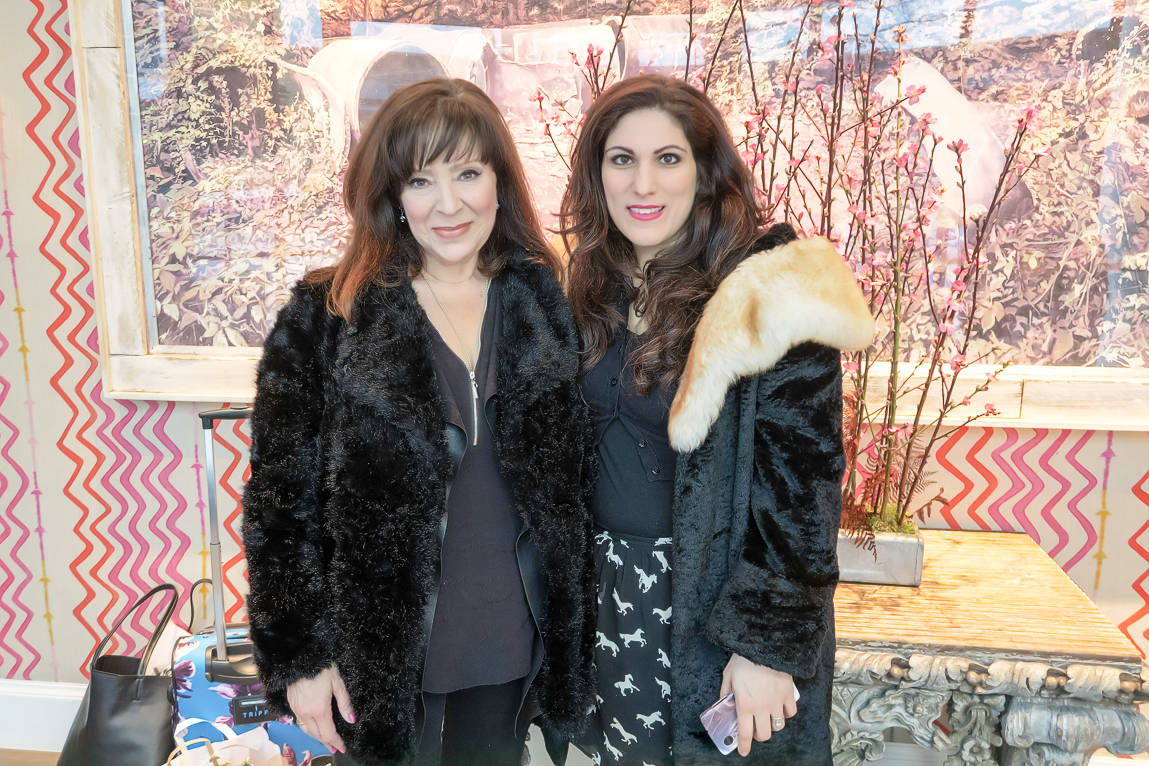 …However, it all ended well, as you know with Mirka and I LOVING every minute of the night-the energy, the atmosphere, the film-and to top if all off, I was even recognised in Pizza Express in Baker Street by sweet uni student/waiter Kristian who shared this picture he took of us over on my Honest Mum FB page.

The last 12 months has seen this happen a fair bit and is equally lovely as it is mental. Z list innits! Eat your heart out Hugh Jackman hey 😉 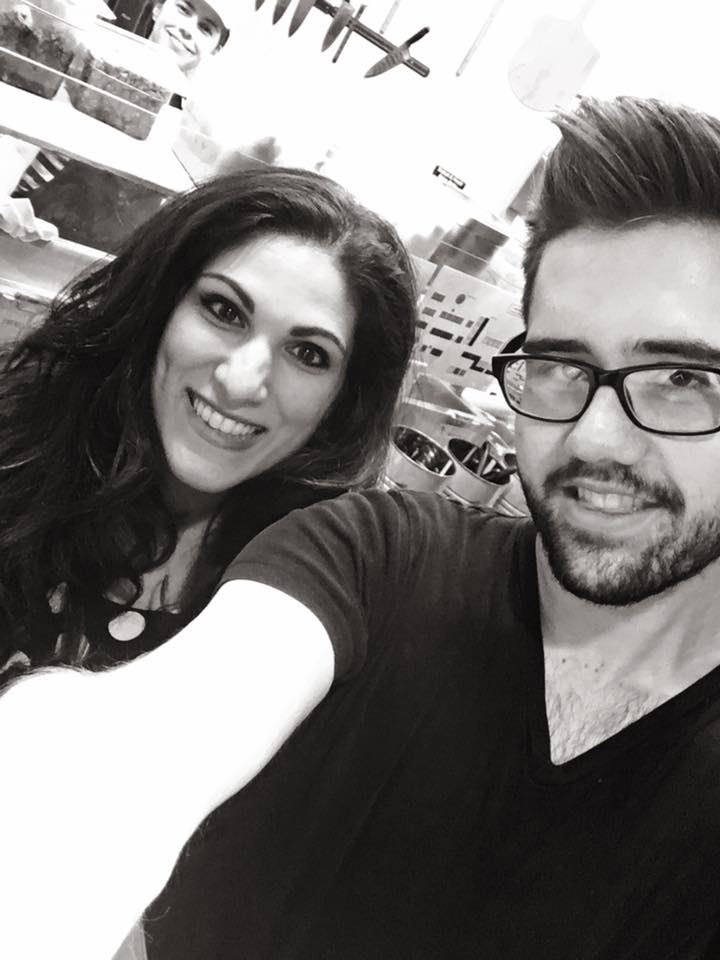 Oh and I almost forgot-Mirka and I got to meet some of the Towie lot at the première too and let me tell you, Lewis is a total sweetheart ladies-don’t believe what you see on the box! Ha!

…And if there’s one message to take home from the movie, Eddie the Eagle, it’s to JUST go for IT- whatever IT may be, to be open, determined and do what makes you happy- to never give up on your dreams, on working hard, then working some more- until finally you succeed.

Definitely something I can relate to and I’m sure you will do, too.

Go watch the film now and don’t miss my vlog of the night right here:

…(Thank you to Precis Petite for my pretty polka dot dress, coat is a gift from my Mum and is a 1940’s vintage number). 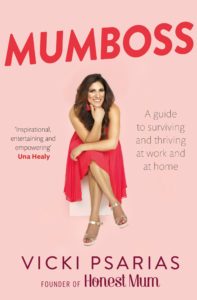 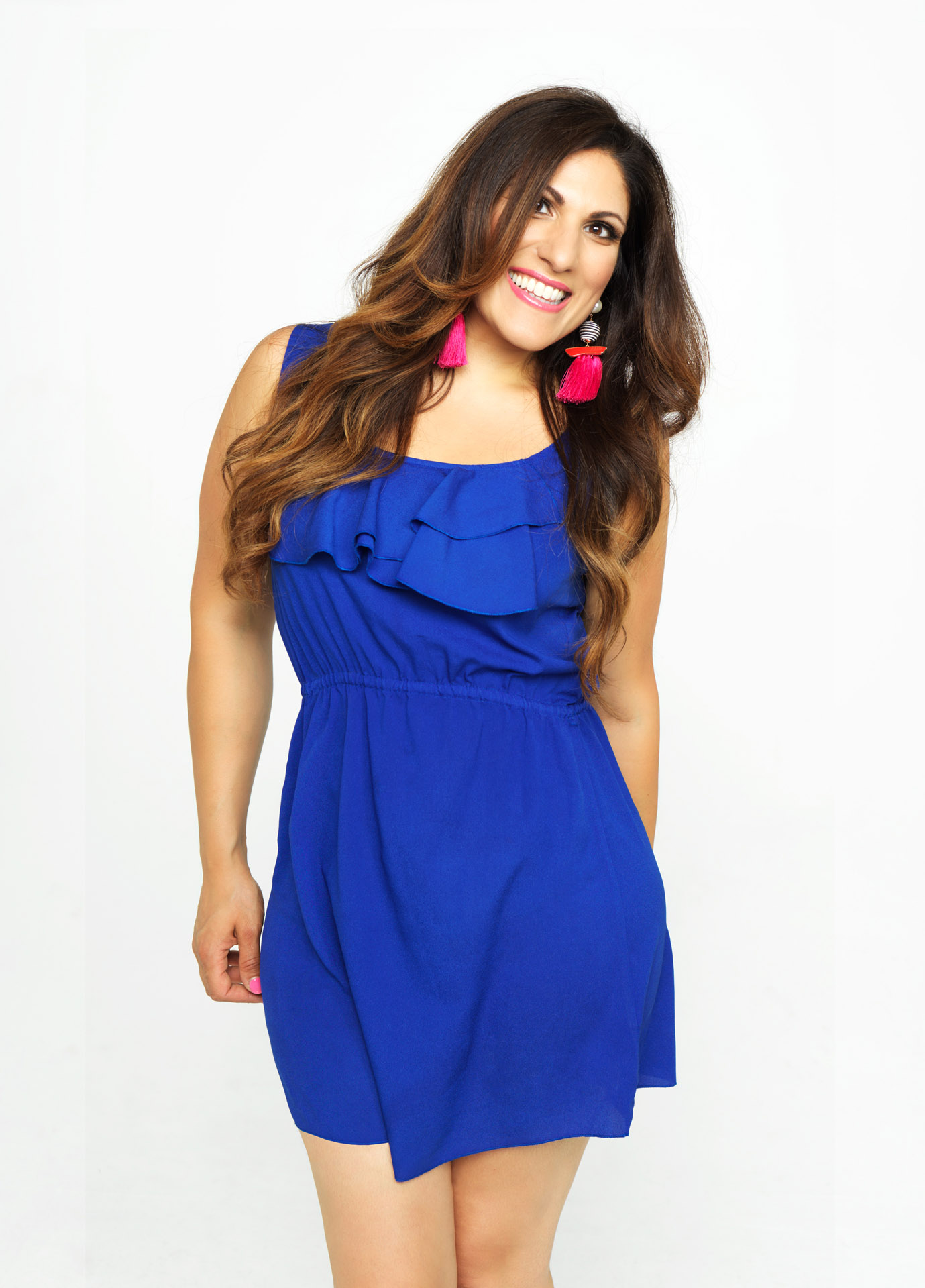 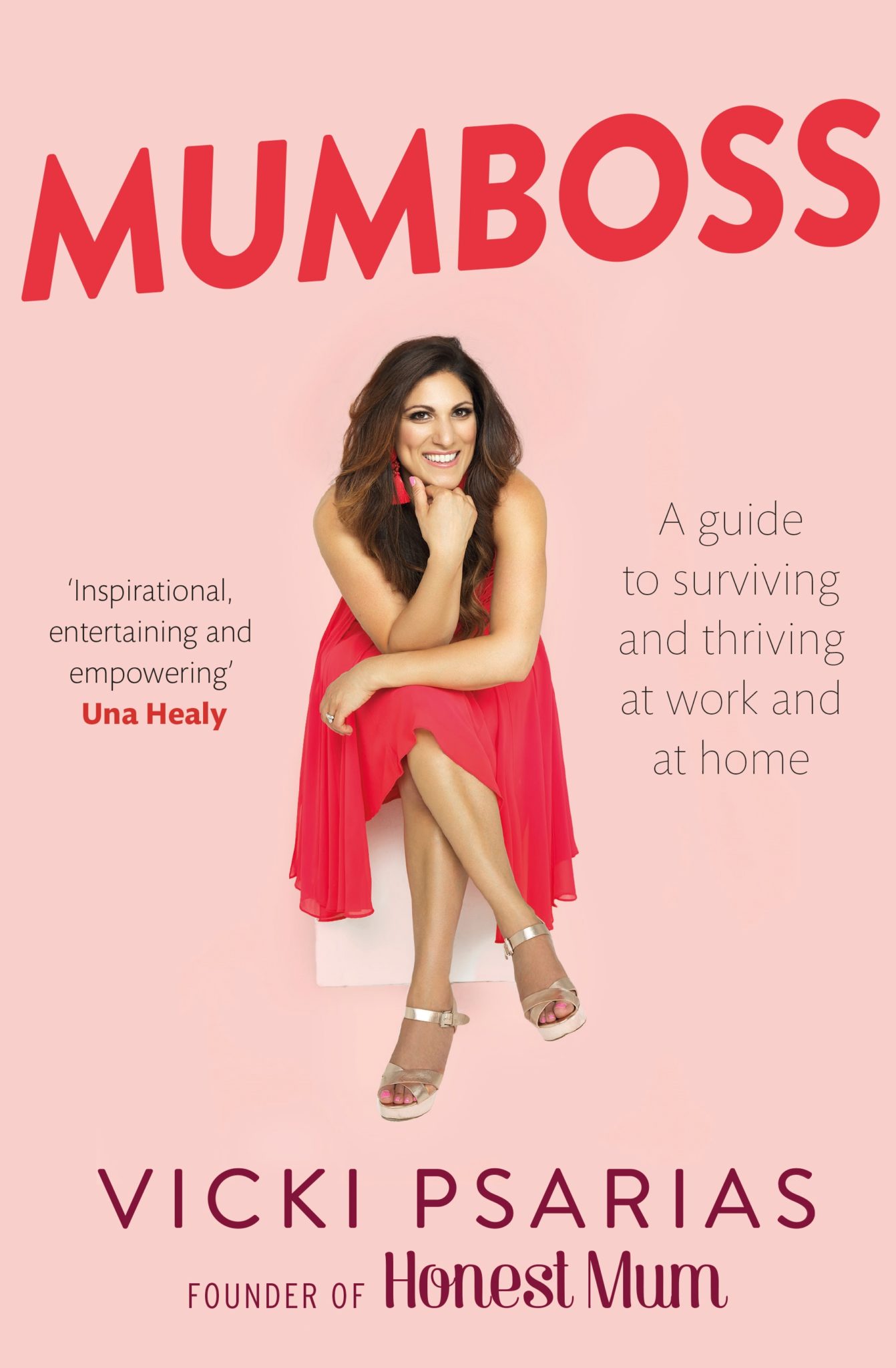