Mandy Mazliah is a vegan mum of three from London. As well as blogging about her efforts to convince her reluctant kids to eat their greens at sneakyveg.com she blogs easy vegan recipes at cookveggielicious.com. Mandy’s work has been featured in The Guardian, metro.co.uk, WIRED magazine, Vegan Food and Living Magazine, and Psychologies amongst others.

It’s a joy to welcome her to the blog.

‘Are your whole family vegan?’ is the question I’m asked daily.

Veganism – that is not eating any animal products including dairy, eggs and honey – is fast becoming more common. Nonetheless, it’s still highly likely that I’ll get cross examined and made to explain my choices and in particular what they mean for my family, most days.

So what do I say when people ask me if my kids are vegan? Well, the truth, which may surprise some, is that no, my children aren’t vegan.

I’ve done a lot of soul searching over this lately and while it’s hard to justify buying and cooking non vegan food at home when I strongly believe that a vegan diet is best for animals and the environment, there  simply isn’t enough vegan food that my eldest son, now 8, will eat to make it a healthy choice for him. With a long history of picky eating, I’m just not prepared to exclude yet more food from his already limited diet.

Many dietitians disagree about whether a vegan diet for children is healthy or not. I don’t believe that dairy is an essential part of our diet – after all in many parts of Asia, it’s not consumed at all. However, to get all the nutrients and vitamins that growing bodies need, vegan kids need to be really ‘good eaters’. And by ‘good eaters’, I mean be prepared to eat all the healthy plant-based foods that will give them what they need – beans, pulses, soya products and lots of vegetables, including leafy greens.

My son has a long history of picky eating. He still doesn’t eat any fruit or veg (hence my blog sneakyveg.com). He’ll eat baked beans but no other pulses and isn’t very keen on tofu either. A vegan diet for him would be a disaster.

There’s another reason why I’m not bringing my kids up as vegan though and that is because it’s not up to me to make that kind of decision for them. Dairy, eggs, meat etc are SO ingrained in our food culture that choosing not to eat them is a big deal. Most school dinner/party/restaurant/play date scenarios would be complicated hugely by choosing to be vegan.

Of course I do talk to them about why I’m vegan. I explain that I don’t want to eat or hurt animals and that animal farming isn’t good for the environment and they are very aware of the environment anyway through their work at school.

If they choose to follow me in the future then I will be delighted to support them and help them to make healthy choices.

Until that time (if it comes), I’ll continue to cook vegan food at home most days but I will let them choose what to eat when they’re out and about.

So what vegan meals do we eat at home?

Most of the meals that we cook at home are plant-based these days. Some switches are easy to make – vegan sausages, nuggets and fish fingers too. The kids are always happy when I offer up this kind of food for dinner although I do prefer to cook from scratch as often as I can.

We all enjoy pasta with lots of veggies in the sauce – sometimes I buy lentil pasta for extra protein or vegan ravioli for a change. Potatoes always go down well so jacket potato and beans, potato and vegetable curry or patatas bravas on the side instead of chips are good options. Stir fry is one of my favourite meals but is less popular with the kids – however they’re starting to enjoy ramen and other noodle dishes. I’m yet to get any of my kids to eat veggie chilli but I’ll keep on trying!

We’ve also recently made the switch to oat milk. My three-year-old has always preferred this, the six-year-old doesn’t drink milk anyway and the picky eight-year-old has just decided that he prefers it. It’s fortified with calcium and other vitamins and is a great alternative to dairy milk. The only disgruntled one is my husband who doesn’t like it in his tea!

Here are some of my favourite vegan kid meals: 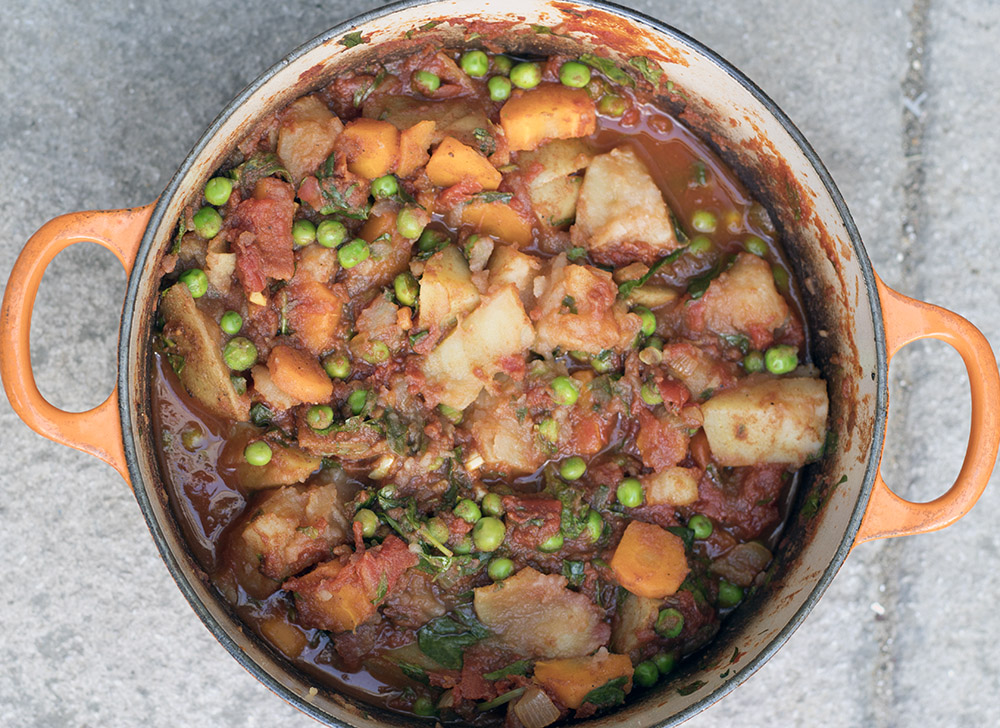 If you’re considering raising your child vegan, I would recommend that you take advice from a nutritionist about protein, vitamins (B12), iron, calcium and other dietary needs. Just as with vegan adults – extreme care needs to be taken to provide the right vitamins, nutrients etc. Here are some useful tips about protein from nutritionist Laura Clark.

I’d love to read your comments.